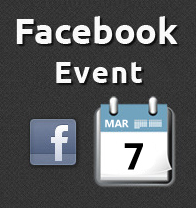 The 2014 EGLSF events in Ljubljana were hosted by Out in Slovenija and DIH Associations, under the patronage of the City of Ljubljana, supported by the Olympic Committee of Slovenia, Ministry of Education, Science and Sport, FARE network and the Embassy of the Kingdom of the Netherlands and facilitated by other partners. We also welcome donations. 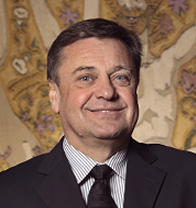 Ljubljana is a city of open, tolerant and friendly people, where everyone can find a place for themselves. It is a city where we respect diversity and live together.

We must always and in every area strengthen values such as tolerance and respect for diversity, while remaining aware that mutual differences enrich and not divide us, whether they are of culture, language, race, sexual orientation or religious affiliation. We, the people of Ljubljana, have already shown this repeatedly. So far there have been 13 Gay Pride parade’s organised in Ljubljana and as the Mayor I am always happy to attend them. With the attendance I express my support not only to the LGBT community, but also to all other social groups who are deprived of their rights for various reasons.

The City of Ljubljana offers diverse support to the development, organisation and implementation of projects and programmes for people with same-sex orientation. Therefore, at the City of Ljubljana we support various public events related to these themes and we have also published a brochure about LGBT community in Ljubljana.

I am glad that you have chosen Ljubljana to host EGLSF events. I hope that despite the planned activities, you will also find time to walk around Ljubljana and discover its hidden secrets. Welcome to Ljubljana, the most beautiful city in the world!

Zoran Janković, the Mayor of Ljubljana

Please download the info-pack for more details and useful information about the event.
We are proud to have been able to host the EGLSF Conference and Assembly in Ljubljana in the year of the 30th anniversary of LGBT movement in Slovenia.
We are very happy to have met over 150 participants in Ljubljana; thank you for attending!